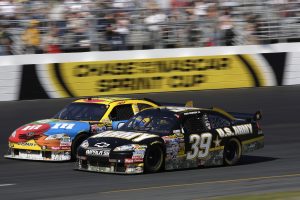 Automobile racing is a popular sport all over the world. Automobiles compete for the fastest time over a predetermined course or time period. Almost immediately after automobiles powered by gasoline were introduced, races were held.
One of the primary objectives of car racing is to achieve the fastest possible time within a specified time limit or number of laps. The total amount of race time is used to determine the final order, with the fastest times placing first, second, and so on. Any driver who stops racing before the end of the race is considered retired.
Grand Prix racing, midget car racing, stock car racing, sports car racing, speedway racing, drag racing, karting, hill climbs, and trials are just a few of the many different types of auto racing.
The term “dirt track racing” refers to a variety of events in which vehicles race around an oval dirt track, such as Sprint Car Racing, Autograss Racing, Banger Racing, and Autospeedway. Car ice races are similar to drag races but are held on ice instead of asphalt.
Why do people go to auto races, anyway?
intriguing on multiple levels: for spectators, for the driver, and for the engineers and mechanics behind the car.
We’ll examine these aspects:

The mechanic/designer/engineer (often the same person as the driver, or a close friend, friendly workshop, etc.) faces the challenge of producing the best-performing car within the racing series’ rules.To pass the finish line first, the driver will still need to put in a lot of effort, but at least they’ll have a leg up.
Therefore, the task at hand is to optimize the car for the driver and then adapt the vehicle to the driver’s improved performance.
There is little room for modification in its most basic form, aside from changing the tyre pressures and possibly the suspension, spring, and damping settings, or installing the appropriate exhaust system and fine-tuning the fuel system to match the behavior of the exhaust.
Almost anything can be changed at the highest levels, such as in Formula 1, Indy Car, and Top Fuel drag racing.Everything can be adjusted in a wide variety of ways, and the computer has a significant amount of say over it all.

There is an element of skill required for all of them. There is a satisfying sense of accomplishment that comes from mastering a new skill or becoming better at an existing one.
In fact, I would argue that a “good enough car” can be rather difficult to drive for the average driver. A good driver in an average car will do better than an average driver in a good car.
As an added bonus, the mechanic will have less work to do on the car if the driver doesn’t blow up the engine, destroy the gearbox, or drive into walls (which may well be the driver).

Fans enjoy witnessing the drivers’ abilities and express both joy and disappointment when “their favorite” driver achieves success or fails to do so.
Sponsors will pay (either monetarily or in kind, like “10% off anything you buy from us”) to have their brand displayed on the side of a race car. Having a company’s name on a championship-winning car can be worth thousands, if not millions, to the sponsor.